Each year, Apple hosts one of the biggest events for software development, the Worldwide D... 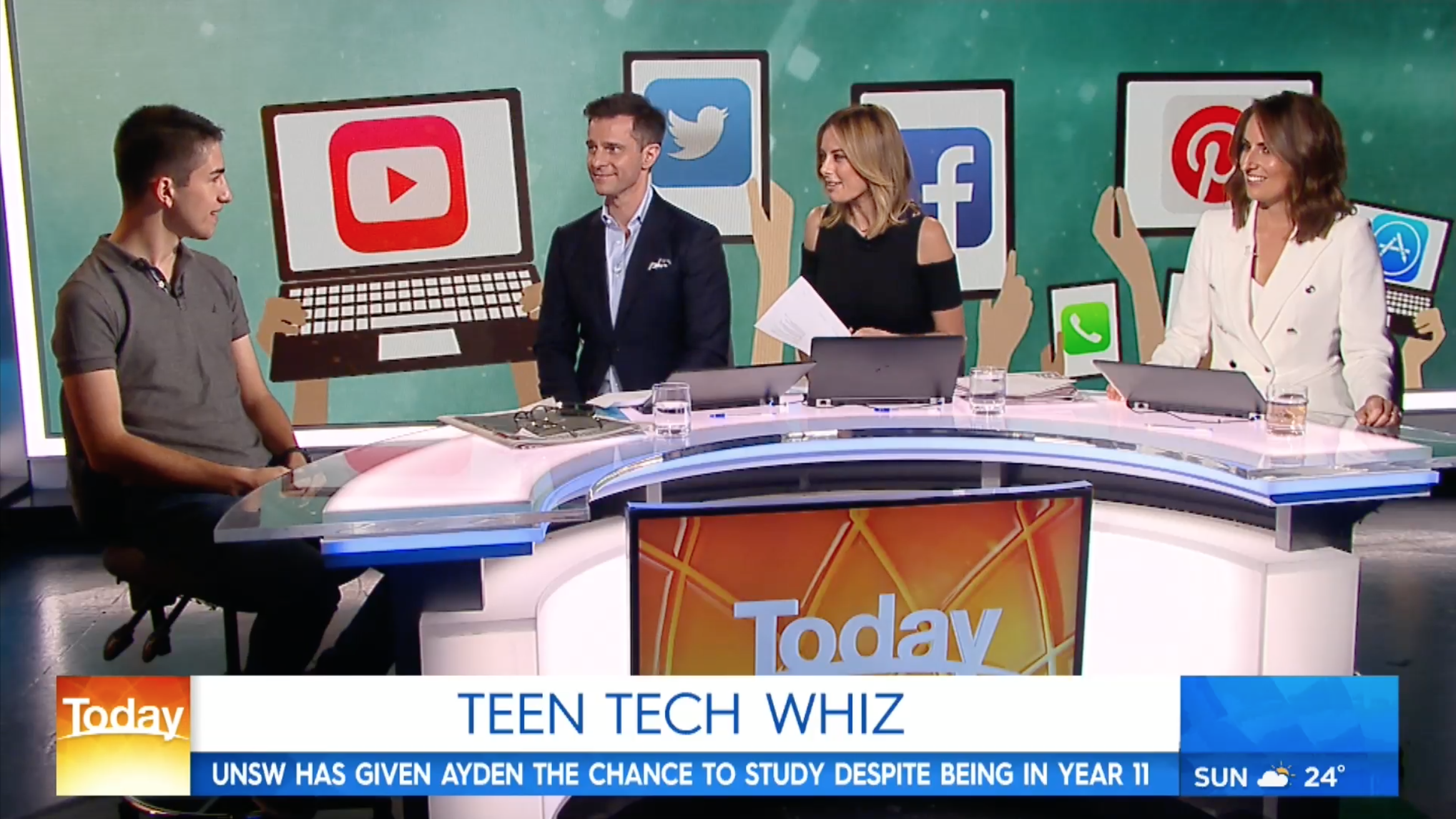 This is my interview with Channel Nine's Weekend Today Show where I discuss app developme...

A few weeks ago, I was lucky enough to be selected for a once in a lifetime opportunity to atte...
✕

Each year, Apple hosts one of the biggest events for software development, the Worldwide Developers Conference. This one-week convention allows software developers from around the world to connect and to learn new skills. Included in the 5000 attendees are 350 scholarship winners which Apple handpicks to attend the conference and be a part of the excitement. In order to win a scholarship, students need to code a digital experience which is then judged by Apple. A few weeks ago, I was fortunate enough to be awarded one of these rare scholarships to travel to Silicon Valley and join in for one of the most exciting weeks ever! The week before the conference I was invited as a guest on the Today Show on Channel 9 and was even dubbed the ‘Teen Tech Whiz’, and I spoke about my passion for coding. 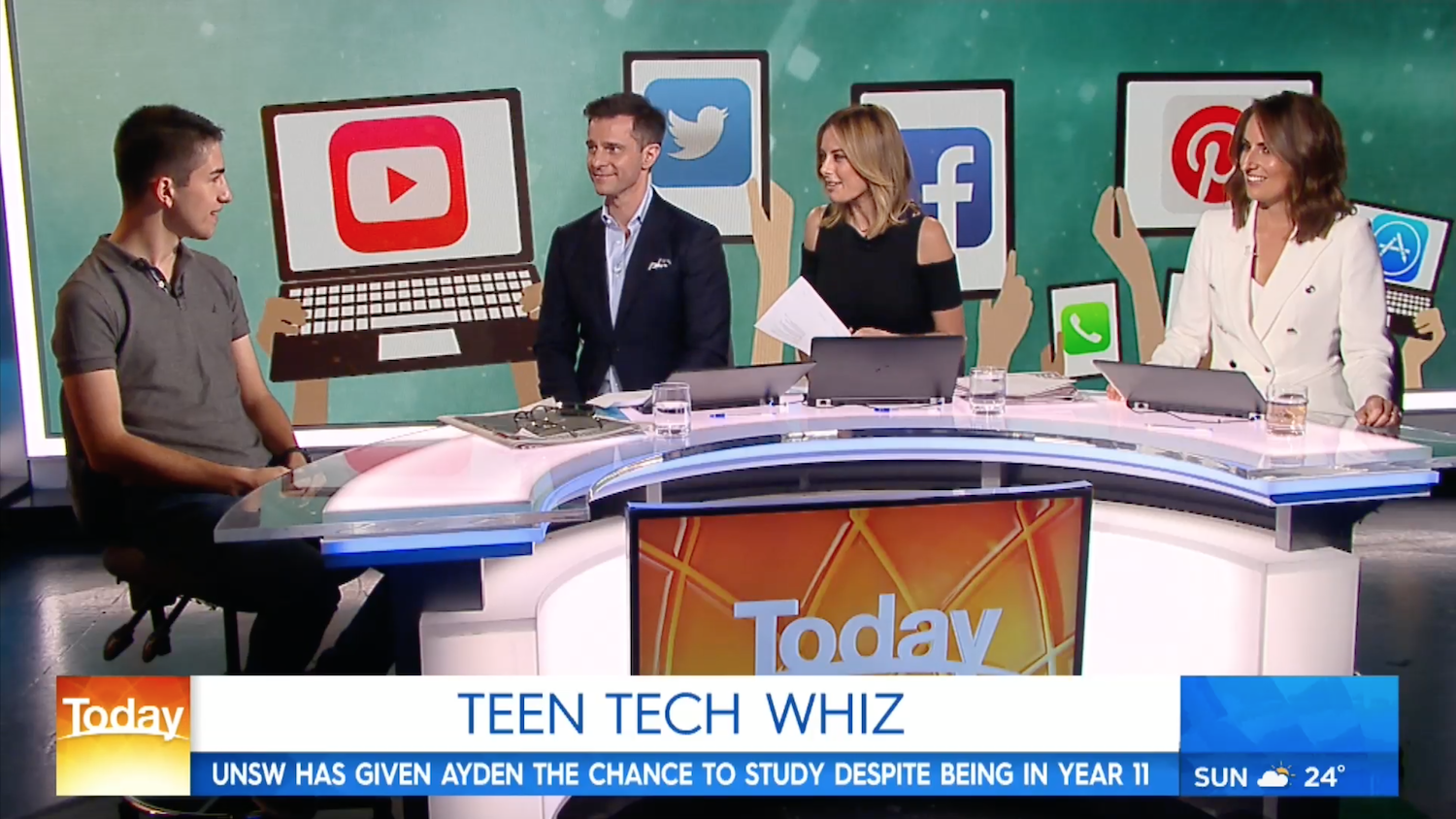 The conference began with an orientation day where we were able to meet the Apple engineers who built the software platforms and see the daily life of a software developer. As the week progressed, we were shown some of the upcoming features at the main keynote before being invited to the code labs. This was an incredible place to learn how to improve the apps I’ve made already and how to implement new features. I currently have seven apps on the AppStore with over 45,000 downloads across 120 countries/territories.

This year I was one of seven Australian students to be selected and this was actually my second time attending the conference as I was also selected last year. Throughout the whole experience, my favourite part has been making new friends and getting to learn more about software development. The week was truly inspiring and fun and will be a great everlasting memory!

This is my interview with Channel Nine's Weekend Today Show where I discuss app development as a teenager, Apple's WWDC and my YouTube page.

A few weeks ago, I was lucky enough to be selected for a once in a lifetime opportunity to attend Apple’s annual Worldwide Developers Conference (WWDC)! The conference is for app developers to see new features early and get suggestions with their apps. I currently have six apps on the AppStore that have over 25,000 downloads and I am working on more. The whole experience was so much more thrilling and insightful than I could ever have imagined!

The week started off with a journey to Apple Park where we were able to have in-depth conversations with some of the Apple engineers who have worked in various areas of software development. I was even able to meet and take a selfie with Tim Cook, the Apple CEO. 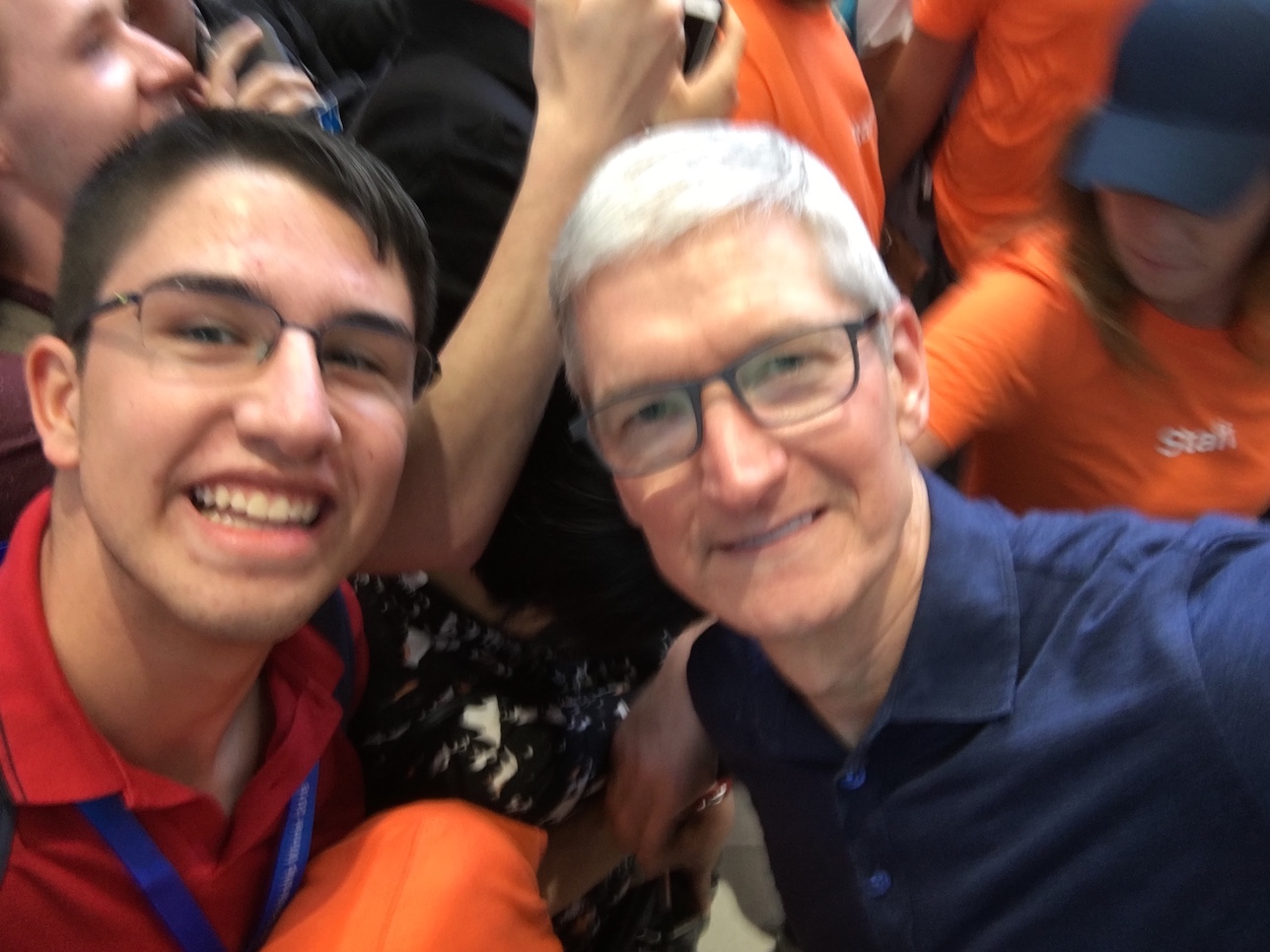 As the week progressed, we were able to attend sessions and labs. The sessions were in a lecture form and were really helpful at showing us new features and technologies and how to use them. The labs were even better as I received one on one help from the engineers and designers. All of the labs were booked out in one minute, but thankfully I was able to get all of the ones that I wanted. They assessed my apps and helped me understand how to improve them and how to reach more users.

I also made many great friends and new contacts from inside Apple and from developers all over the world. Overall, the week was fun, exciting and educational all at the same time and was something that I will never forget.